Emerald Isle Water Temperatures for August 2020
Surf had a Low of 81°, high of 85° with an average of 82.9°, a little above normal. Sound also had a Low of 81° but a high of 88° and an average of 84.2°. August surf temperatures were fairly flat with a very slight negative slope. Ditto for Bogue Sound temperatures. Early in the month Isaias visited us and by the end of the month notched 13 named storms. Check out the graph, blue diamonds are the surf, red squares are the sound temperatures. 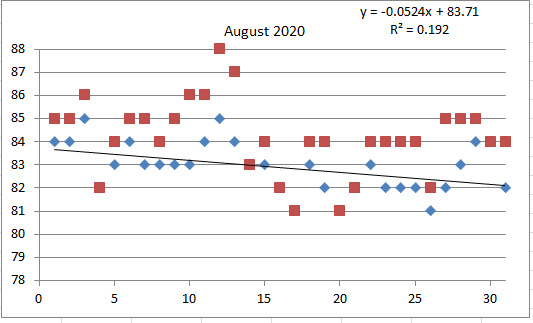