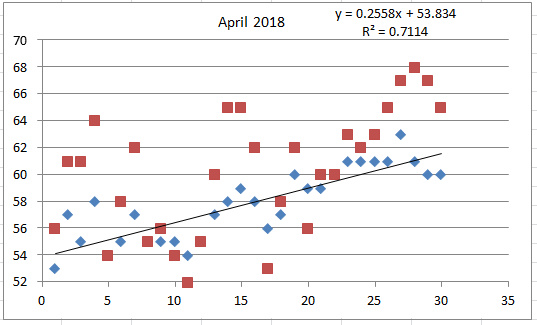 The below plot shows the temperatures since 1996, the black curve is the average data over that time. The BIG red circles are 2018 temperatures, almost all below the average curve. 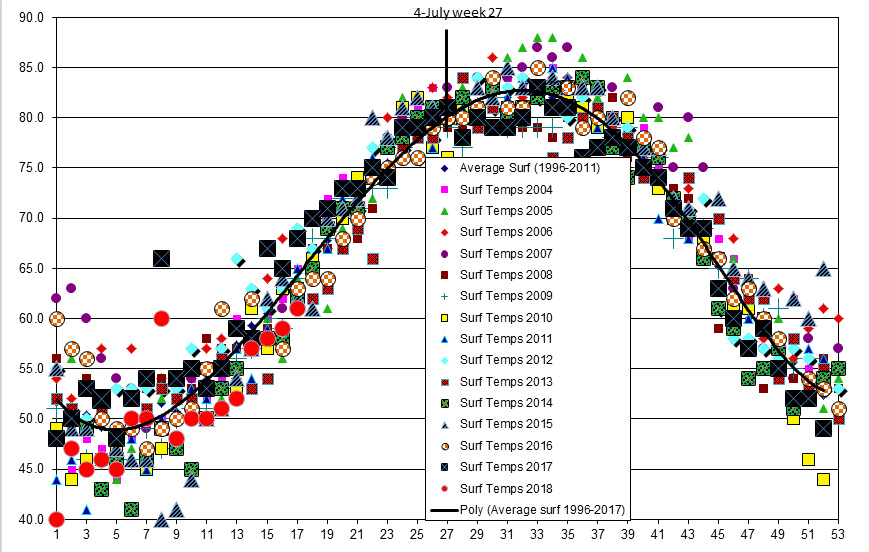