Surf at Bogue Pier ranged from Low of 48-degrees to a unbelievable high of 66-degrees with an average of 54.7-degrees (blue diamonds). Bogue Sound had a low of 44-degrees a high of 65-degrees with an average of 54.1-degrees (red squares).  Temperatures in late February were way above normal, being more like late April or early May. Average surf for February is about 50-degrees. I’ve never seen 60s in February, and my data goes back to 1995. Remember 2015 when we had high spring temps (not this high) we had year of the shark attacks. North going sharks and south going bathers collided…ouch! 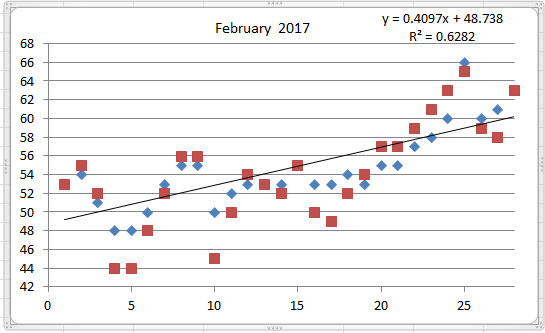 This is a plot of water temps by week, with an average curve drawn through the data. Notice the black square with the “X”, that was the temperature for Saturday February 25, 2017. Just a tad above normal! 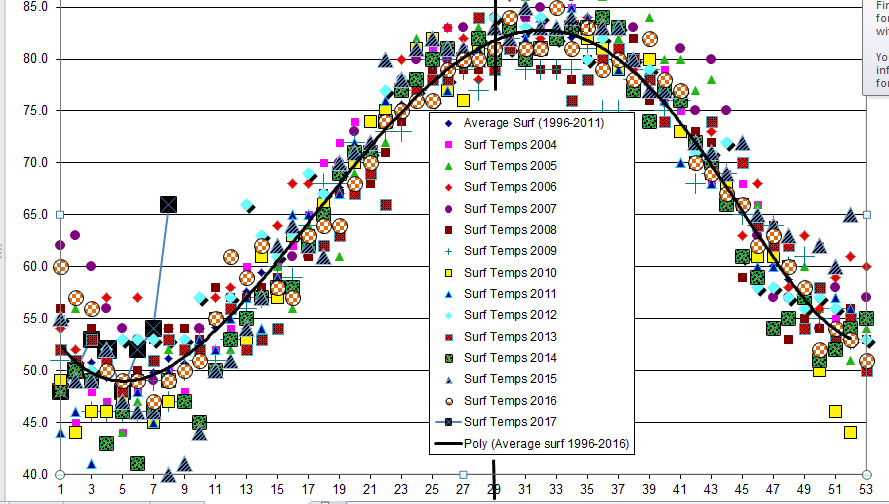