Emerald Isle Water Temperatures for February 2020
Surf had a Low of 48°, high of 56° with an average of 52.4°. Sound had a Low of 42° and high of 59° and an average of 51.7°. Although the temps rollercoastered the net abut 2°above the normal of 50.5° in the surf at Bogue Pier. Plot through the data was essentially a horizontal line slope close to zero. Check out the graph, blue diamonds are the surf, red squares are the sound temperatures. 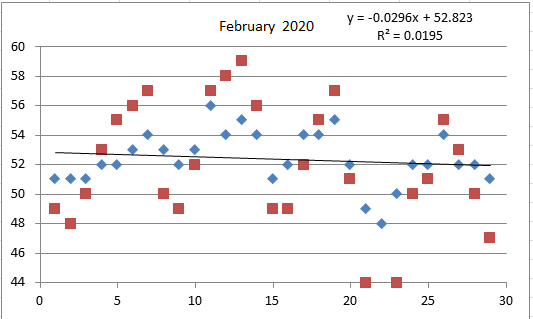 Emerald Isle Water Temperatures for January 2020
Surf had a Low of 49°, high of 58° with an average of 53.1°. Sound had a Low of 40° and high of 62° and an average of 51.3°. Although the temps (especially in the sound) roller-coastered  in the surf at Bogue Pier, with a downward trend for the month. Check out the graph, blue diamonds are the surf, red squares are the sound temperatures. 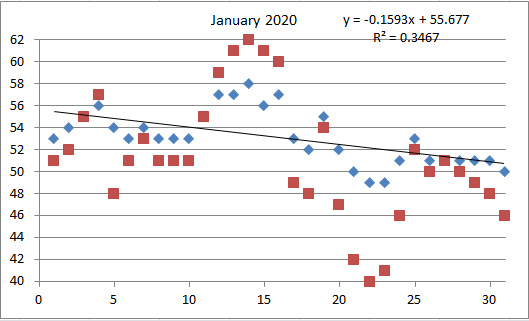 Morning calm, no ice/Steam curls rising from the rocks/Only loons, no trout

He is the Walrus/Venue, Hard Rock Stadium/Niners are fool’s gold! 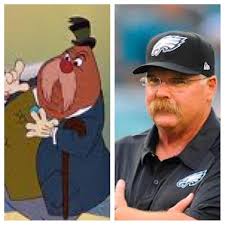 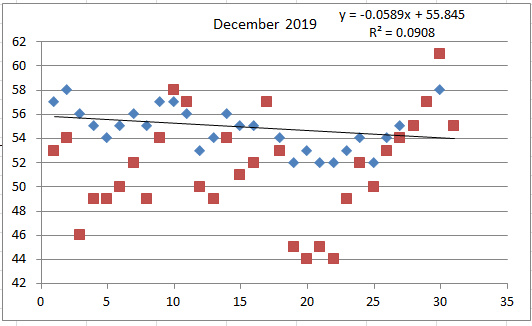 November is a month of change…goin’ down! And the first two weeks the temperatures dropped quickly then stabilized with the surf hovering right around 58 to the end of the month. Surf was at a high of 71°, low of 57° with an average of 61.7°, just about normal for November is 61.4°. Bogue Sound had a high of 66° and low of 47° with an average of 55.8°.  are the sound temperatures. 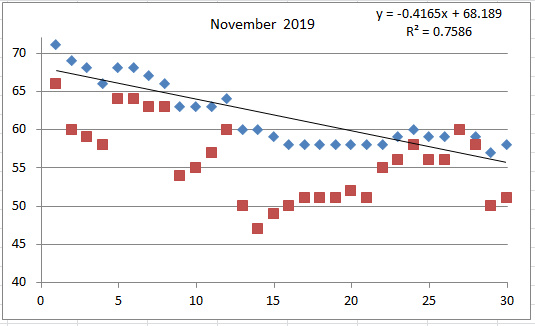 “The majority of soft–plastic fishing lures are made from plastisol, which is a vinyl plastic,” Mike says, “You can make lures as soft or hard as you like by simply manipulating the ratio of resins and plasticizers to change the plastic’s durometer.”

Plastisol is a suspension of PVC or other polymer particles in a liquid plasticizer; it flows as a liquid and can be poured into a heated mold. When heated to around 177 degrees Celsius, the plastic particles dissolve and the mixture turns into a gel of high viscosity that usually cannot be poured anymore. On cooling below 60 degrees C, a flexible, permanently plasticized solid product results.[1] Aside from molding, plastisol is commonly used as a textile ink for screen-printing and as a coating, particularly in outdoor applications (roofs, furniture) and dip-coating.

The “Paul Brown Revolution” began in 1974, in a garage that Paul and his wife, Phyllis, called “The Shop”. Today MirrOlure, is producing Paul’s line of lures under the watchful eye of Paul himself. What has always been the Brown’s dream is now coming to reality, the ability to supply Paul’s special line of lures to every angler from Texas to North Carolina.

Paul wanted to mimic a Zara Spook Topwater bait and did so creating the original Corky Lure. Why Corky? Need to adjust buoyancy he tried wood and other items and a friend came up with the Idea of using a cork from a discarded wind bottle. This bait disappointing to some didn’t float but sank slowly. He made them by and with wires, beads, reflective tape and cork tubes and plastisol and cooked them in hot molds. Slow sinking twitch baits were born, especially deadly to trout and other fish too.  Especially in shallow and cold water.

Recently MirrOlure purchased the rights to the original Corky, Fat Boy, Devil, Soft Dog and other creations. I have used them for years and one of my favorites in the Soft-Dyne which are sort version of the 17 MR suspending hard baits (MirrOdyne) because they rock seductively from side to side while slowly sinking.

The original Corky and others do the “walk-the-dog action” like some top-water baits but do so somewhat submerged.

I have some of the sink rates of these baits under salinity and water temperature conditions. Great baits for winter and cool water fishing. As temperature falls the more effective these baits become. Fish slowly and let sink and fish almost always strike the bait on the way down. 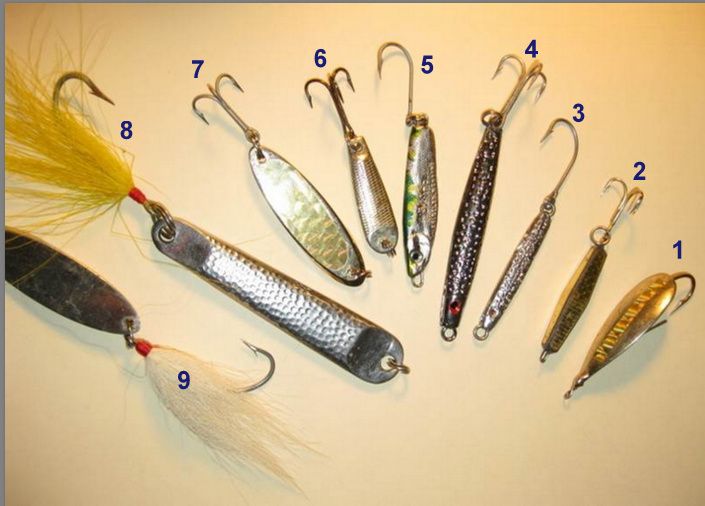 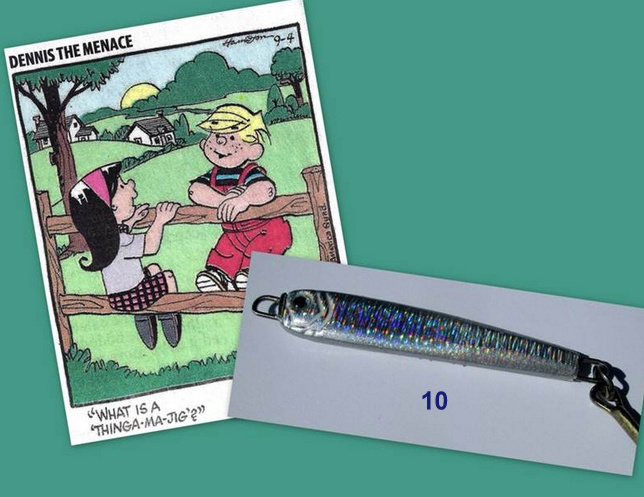 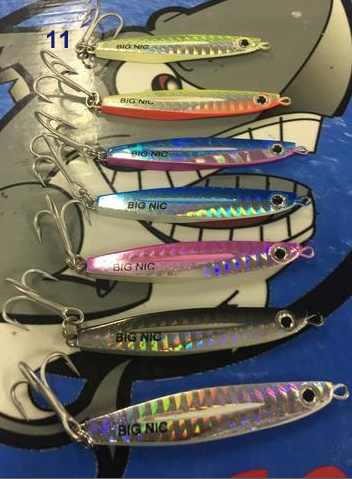 Melt butter in a skillet along with olive oil and sauté the garlic.

Add thyme, lime juice and mustard and stir to a boil.

Brush butter/oil mix onto the top of the trout, leaving enough to saute spinach.

If spinach is frozen cook and drain well. Add to spinach to the remainder of the oil/butter mix and boil reducing remaining water to a minimum.

Spread spinach over the trout evenly.

Bake in the oven at 350 degrees, until trout is flaky but moist.

Emerald Isle Water Temperatures for October 2019
October is a month of change…goin’ down! Unusually, there were an unusual number of days where surf and sound temps were the same. Surf was at a high of 81°, low of 69° with an average of 73.3°, just about normal for October is about 72°. Bogue Sound also had a high of 81° and low of 60° with a 21° range from High to low, with an average of 70.8°. As we now get into November we have a serious cold front and dropping temps. Check out the graph, blue diamonds are the surf, red squares are the sound temperatures. 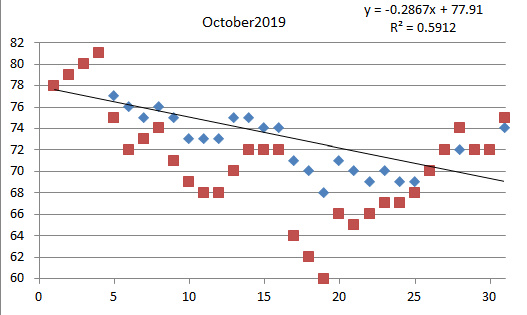 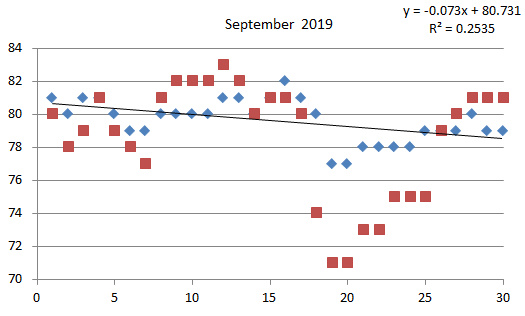